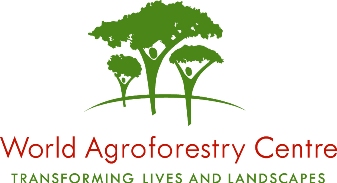 Viet Nam is among the 196 Parties in the Paris Agreement that has committed to low-emission development pathways. The country has formulated national climate change mitigation strategies that relate to forestry and agricultural sector, with a potential revision in 2019 that can include agroforestry (AF), provided that the potential mitigation contribution from this sector can be monitored and reported. This paper presents two approaches to measurement and reporting of AF, based on potential expansion domain (PED) of main AF systems in different regions across the country and the spatial distribution of trees outside forests (TOF), to estimate the potential mitigation contribution from AF, represented by total aboveground carbon (C) sequestration at national scale. Based on the PED approach, the total PED area of different AFs such as coffee, rubber or acacia-based, not including natural forest lands, is ≈10.1 million ha, or about 1/3 of the total land area in the country. Assuming the baseline land uses in the PED can be classified as “cultivated and managed lands,” which according to the Intergovernmental Panel on Climate Change (IPCC) has an average C stock 5 ton ha-1, expansion of the main AF systems across the country results in 262 ± 77 million tons of sequestered C per year, for ten years after plantation. The related total establishment cost for the expansion is USD 24.3 ± 11.3 billion. Using the TOF approach to estimate total tree coverage outside natural forest lands in 2010, total C storage of AF in Viet Nam is ≈355 million ton C, with an average of ≈21.8 ton C ha-1 from ≈20 million ha or about 2/3 of the total land area in the country. Comparing the PED and TOF approach under similar land coverage area of ≈10.1 million ha, the latter estimates a total C storage of ≈ 220 million ton C. By assuming it as total baseline C storage for the PED approach, the potential C gain from AF expansion is ≈92 million ton C, compared to ≈262 million ton C under the assumption of 5 ton ha-1 as average C stock for baseline land uses. This potential mitigation contribution from AF can be reported to relevant authorities, such as the Ministry of Agriculture and Rural Development (MARD) and its sub-institutions, that have a mandate to revise the potential mitigation contribution from the Agriculture and Land Use, Land Use Change, and Forestry sector to the country’s Nationally Determined Contribution (NDC). The challenges in integrating the potential contribution from AF to the agriculture sector or land use sector that focuses on forestry, or as a segregated land use category, should be further discussed with the relevant authorities.