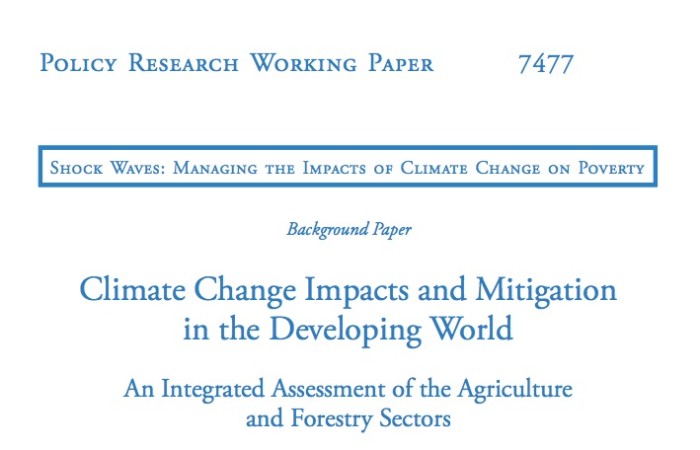 This paper conducts an integrated assessment of climate change impacts and climate mitigation on agricultural commodity markets and food availability in low- and middle-income countries. The analysis uses the partial equilibrium model GLOBIOM to generate scenarios to 2080. The findings show that climate change effects on the agricultural sector will increase progressively over the century. By 2030, the impact of climate change on food consumption is moderate but already twice as large in a world with high inequalities than in a more equal world. In the long run, impacts could be much stronger, with global average calorie losses of 6 percent by 2050 and 14 percent by 2080. A mitigation policy to stabilize climate below 2°C uniformly applied to all regions as a carbon tax would also result in a 6 percent reduction in food availability by 2050 and 12 percent reduction by 2080 compared to the reference scenario. To avoid more severe impacts of climate change mitigation on development than climate change itself, revenue from carbon pricing policies will need to be redistributed appropriately. Overall, the projected effects of climate change and mitigation on agricultural markets raise important issues for food security in the long run, but remain more limited in the medium term horizon of 2030. Thus, there are opportunities for low- and middle-income countries to pursue immediate development needs and thus prepare for later periods when adaptation needs and mitigation efforts will become the greatest.