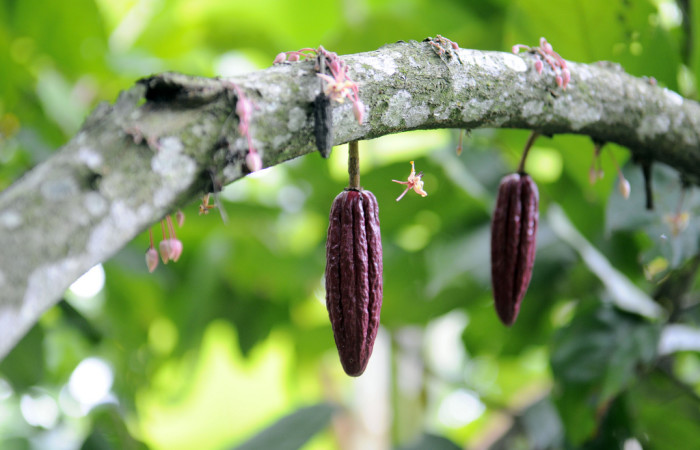 New research on cocoa production in Brazil finds that producers can significantly increase yields through appropriate fertilizer applications while retaining above-ground carbon stocks with large shade trees and up to 55% shade.

Brazil was once among the world’s main cocoa producers, but yield levels have declined in the 1990s due to a combination of agronomic and socioeconomic problems. In southern Bahia, Brazil’s principal cocoa production region, cocoa is produced in traditional shaded cocoa agroforests, where cocoa trees grow under the shade provided by native and introduced forest and fruit trees.

These traditional production systems, called Cabrucas, not only help sustain the exceptional biodiversity of this part of the Brazilian Atlantic forest despite its highly fragmented and much reduced natural forest cover, but are also climate friendly: according to a recent estimate they contribute 59% to the total carbon stocks in the region’s tree vegetation, while natural forest remnants are responsible for only 32%.

However, due to a combination of extensive management practices and high disease pressure, average cocoa yields for southern Bahia in 2010 were much lower than in major African cocoa-producing countries. As a result, Brazil has been obliged to import cocoa, and the income from cocoa in the region can quickly fall below the legally stipulated minimum salary when cocoa prices decline.

There is therefore strong pressure to intensify cocoa production and increase the incomes of the rural population while also meeting the needs of the national cocoa industry. Continue reading.