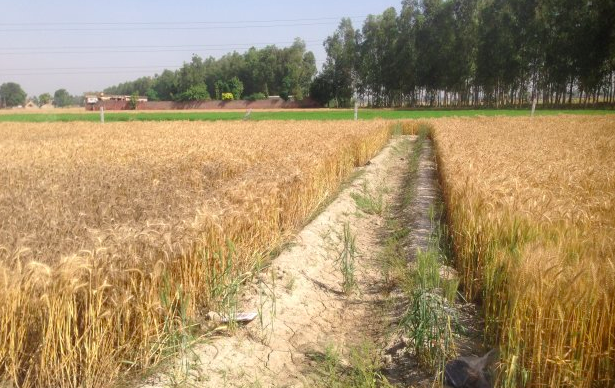 Efficient use of water resources

Researchers found that, on average, farmers could save 36 liters of diesel per hectare, equivalent to a reduction in 93 kg CO2 emission per hectare per year by practicing zero tillage for land preparation and crop establishment in the rice-wheat system typical on the Indo-Gangetic Plain,.Given that 13.5 million hectares are under rice-wheat system cultivation in the region, this represents a reduction of 12.6 megatons of CO2 equivalent.

Despite excellent productivity, economic gains and environmental benefits, adoption of conservation agriculture in South Asia is still relatively slow, most likely due to various technological and socio-economic factors. It takes years and ample evidence for farmers to change the entrenched habit of tillage with planting. And it is a process.

For example, some farmers have adopted zero-tillage in wheat production, primarily to facilitate early planting, lower production costs and increase yields (and therefore profitabilitiy). However, these same farmers still prefer to practice tillage and puddling (wet-tillage) in their rice crops for weed control and reduction in percolation loss of water/nutrient. Also, farmers tend to burn crop residues to facilitate planting with the zero-tillage drill. To realize the full potential of conservation agriculture, all crops in rotation have to be brought under zero tillage, and crop residues will have to be used as soil surface mulch.

Due to the recent development of the “Turbo Happy Seeder,” which can drill seed and fertilizer directly through loose and anchored crop residues, farmers are gradually moving towards zero tillage across the agriculture system.

Link to the article:

Such a paradigm shift in crop management requires a mindset transition among farmers and other value chain actors, including researchers, extension agents, market players and other institutions. Though it is recognized that transition takes time, recent progress and development in weed control and nutrient management systems signal that practice of conservation agriculture is growing across the region, including among different socio-economic groups and farm typologies.

CCAFS and CIMMYT continue research and implementation of low emissions agriculture across the globe. See also the regional focus on conservation and climate-smart agriculture in South Asia.