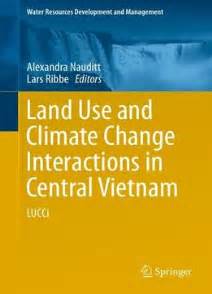 This study comprises greenhouse gas (GHG) emission measurements on rice fields in the Vu Gia/Thu Bon Basin in Central Vietnam, as part of an interdisciplinary research project. The experiments were conducted in the delta lowland (DL) and hilly midland (HM), over three seasons (summer–autumn in 2011 and 2012; winter–spring season in 2012) with two water management treatments namely continuous flooding (CF) and alternate wetting and drying (AWD). GHG emissions were dominated by methane (CH4) emissions showing large difference among seasons, whereas nitrous oxide (N2O) emissions were negligible and irrelevant in the overall carbon footprint. However, temporal patterns were not conclusive over the entire observation period. The observed seasonal CH4emission rates ranging from 83 to 696 kg CH4per ha were relatively higher compared to other field studies and can, at least in part, be attributed to organic amendments applied in accordance to farmers’ practice. The practice of AWD reduced CH4 emissions significantly (P < 0.0001) in all seasons, corresponding in average to 71 % of the emissions from CF. On the other hand, AWD had no significant effect on N2O emissions. The average seasonal CH4 emission in the DL (420 kg ha−1) was also significantly higher than in the HM (206 kg ha−1). Compared with IPCC default values, this data set from Vietnamese rice fields indicates a higher emission level and Scaling factor for AWD. The average grain yield across all sites and seasons increased by 4 % (P < 0.0002) relative to CF with the practice of AWD.