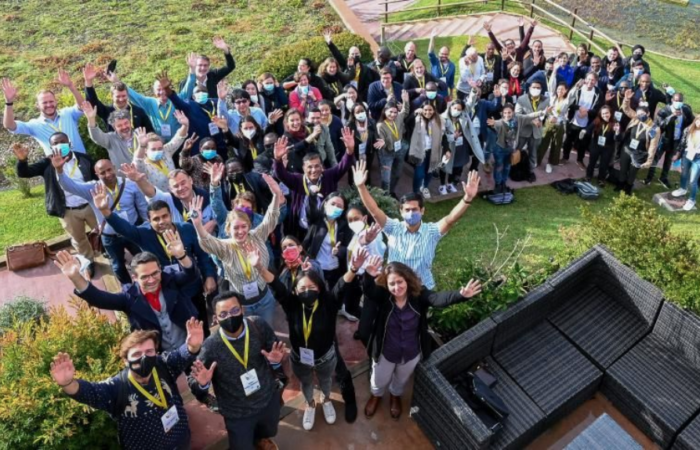 Our global food ‘system’—that is, the production, processing, transportation, consumption and (too often) the waste and loss of all food—accounts for a quarter of all greenhouse gas emissions.

These emissions are second only to heavy industry in terms of their contribution to climate change. It’s absolutely vital that agriculture and the food systems they support take centre stage in our collective action to deal with the climate crisis.

At the 26th UN Climate Change Conference of the Parties (COP26) in Glasgow, farming and agriculture was high on the agenda as never before.

It shouldn’t be taken for granted that these sectors should figure so prominently in climate debates.

Their newfound moment in the limelight reflects the perseverance of so many colleagues, partners, friends and allies who put the concept of ‘climate-smart agriculture’ on the map.

This is the legacy that the CGIAR Research Program on Climate Change, Agriculture and Food Security (CCAFS) has been honoured to have contributed to over the last decade and more.

Our hope is to pass on to a new generation of researchers and climate activists a few qualities: The demands for rigorous science applied in policy; The passion for creative innovation that’s rapid

ly scaled, and; A sense of urgency in collective action and destiny.

Above all, we want to pass on a sense of optimism that we can transform our food systems for a climate-smart future. Youth-led social movements have done more to galvanise climate action than any science paper ever could. We have to hope that such action leads to change.