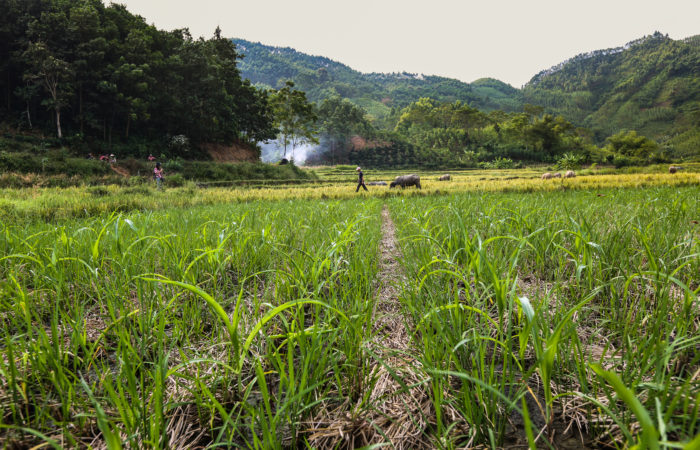 As countries plan and begin implementation of Nationally Determined Contributions to reduce greenhouse gas emissions, a global debate centers on how much climate change mitigation should come from smallholder farms in low-income and middle-income countries. Sonja Vermeulen and Lini Wollenberg, lead researchers from the CGIAR Research Program on Climate Change, Agriculture and Food Security (CCAFS) inform the debate in “A rough estimate of the proportion of global emissions from agriculture due to smallholders,” a CCAFS Info Note published this month.

Vermeulen and Wollenberg recognize that the coarseness of the data and vastly varying contexts – their methods are fully described in the Info Note. In extracting data and making these estimates, they also uncovered some important trends:

a. Smallholder farming emissions in the agriculture sector are concentrated in Asia, mostly due to large populations, though Ethiopia and Tanzania also have high emissions.

b. While absolute emissions are highest in Asia, emissions per smallholder farm are not necessarily higher in Asia.

c. In the top 20 emitting developing countries, smallholder farming accounts for 0.8 GtCO2e per year. This is 42% of all agriculture-driven emissions associated with deforestation in those 20 countries. However, this proportion is expected to decrease.

Researchers then examined differences in emissions between smallholder farming and larger or industrial farming. They found significant variations in emissions according to practices and location, for example in how much nitrogen fertilizer is used; in upland v. irrigated rice production; and in choices made around herd management, feed quality, breed and animal health in the livestock sector. They also found that productivity and emission intensity (emissions per unit of output) – important factors for food security, livelihood and mitigation strategies – vary widely.